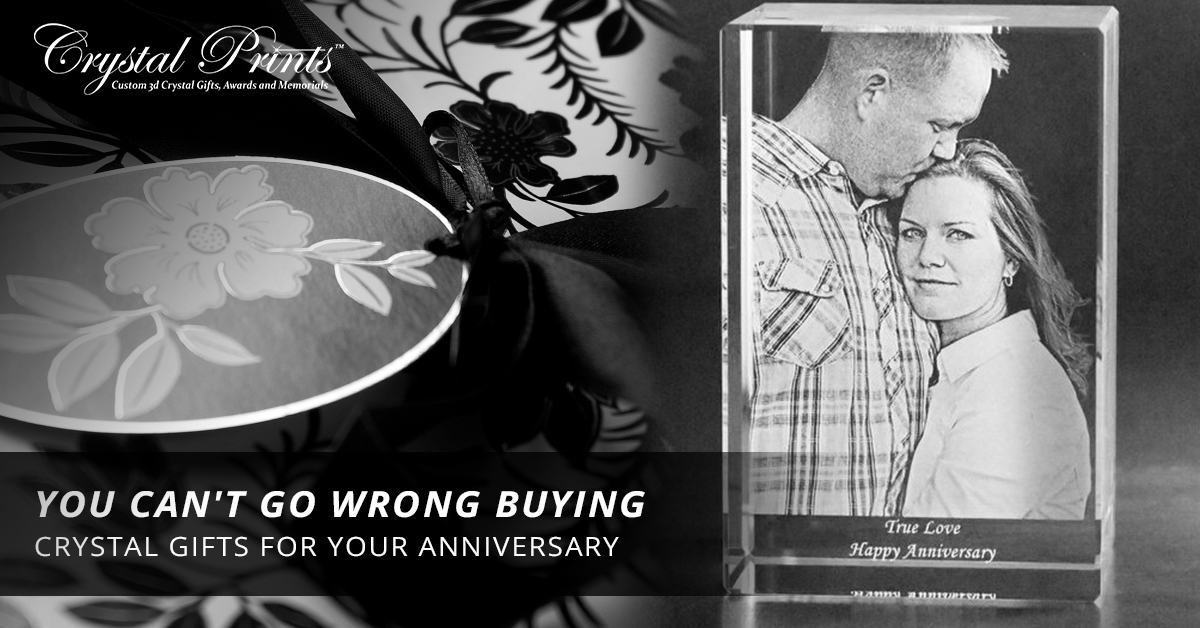 For some men, anniversary gifts are a necessary evil of marriage. That is not to say they don’t love their wives, it’s just they don’t have the necessary skills to pick and choose great gifts. You could send him directly to Crystal Prints and show him the page to order the crystal gifts you like and he would still somehow mess it all up.

You see, the problem is, hints don't often work on men. You need to downright just tell them what you want in small, easy-to-understand words. Do that, and with a little luck, you might wind up getting something you actually like somewhat.

All too many husbands make the near-fatal error that their wives will totally appreciate a toaster, food processor or even a brand new washing machine. We say near-fatal because when the wife receives an appliance as an anniversary gift, she really does want to kill him.

Here is the problem; these gifts are gifts of logic and far from passionate gifts. Even though they are bought and given with the best of intentions, they come across as lackluster and thoughtless. Even if the idea behind the dishwasher as a gift was so she won’t have to spend all that time hand washing dishes, it will fall flat.

And as bad as household appliances are for gifts, the only things worse are car accessories as gifts. Just don’t even go there, never.

The gift of lingerie is a very delicate matter. You must put careful consideration into what you are buying. Before a purchase is made, you must be 100 percent certain you know the right size to get, down to the exact measurements for a good fit. Anything too big or too small will turn into an utter disaster.

Next, you must consider the piece of lingerie in terms of modesty. If the piece romantic or anything less than that? The choice must be tasteful and cover more than it shows. If you do happen to pull this off, have your friends place bets because it is a longshot.

One of the most common mistakes men make when shopping for an anniversary gift is shopping at all of the wrong stores. While department stores like Macy’s or JC Penny aren’t great choices, you might find some obscure gift worthy for the woman who somehow chose you to be their husband.

Worse still are discount stores that offer bargain prices like Ross. If you find yourself at Walmart or the Dollar Store shopping for an anniversary gift, we are afraid there is no hope for you.

If You Love It, She Won’t

If you buy her the top-of-the-line barbecue grill and you think it looks awesome, you might not have a marriage that lasts another anniversary. A gift like this makes you look inconsiderate and self-absorbed. Even if you did plan on cooking her a great meal on it.